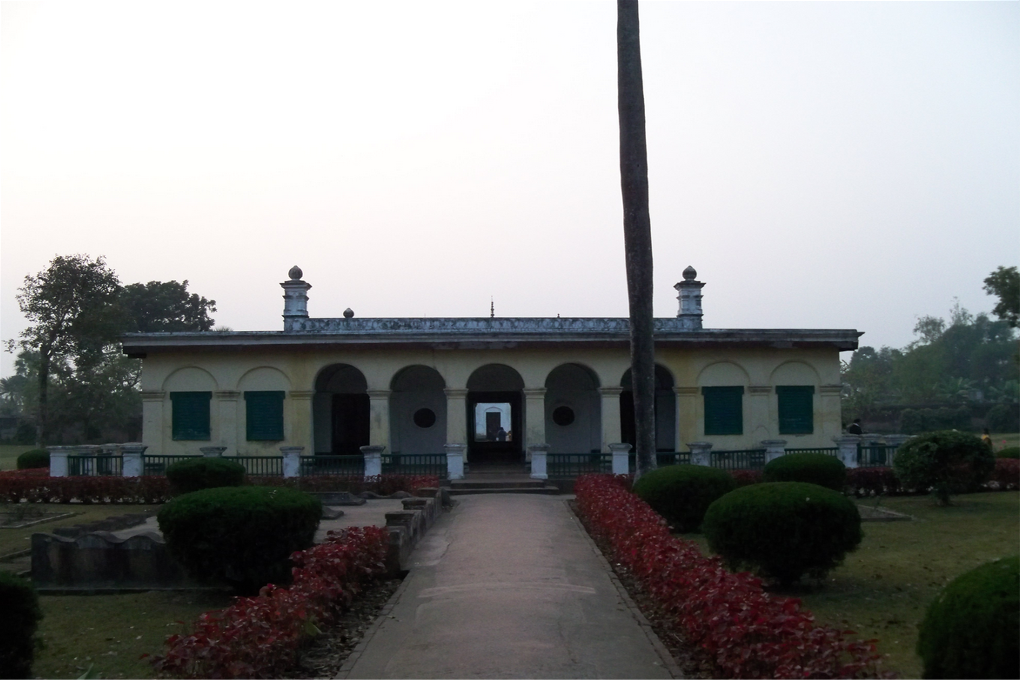 Khushbagh is the garden cemetery of the Nawabs of Bengal, in Murshidabad, West Bengal, India, about a mile from its east bank on the west bank of the Bhagirathi River.

The Nawabs of Bengal were at one time powerful, rich and influential. Their luxurious story still amazes readers around the world.

They faced a tragic consequence when the British defeated them, but stories of their glorious and somewhat stigmatized past are scattered across India.

He built Khushbagh (Garden of Happiness) on the banks of the Bhagirathi river. The Khushbagh was one of the best in the region, with about 108 species of roses. It was so dear to him that he asked to be buried in it.

From Murshidabad you can visit Khushbagh in two ways, you can either cross the river by boat and then rent an autorickshaw, or you can cross the new bridge in an autorickshaw which will take more time and cost more.

What you will see

One morning very early we took a regular ferry boat across the river. We had a delicious spicy breakfast at a place near the dock and then boarded a reserved autorickshaw which cost about 50 rupees.

Within minutes we reached Khushbagh. It is not possible to grab the whole part of this because this is alluring in real life.

It is a large garden divided into several architectural styles where flowers bloom and leave reign supreme.

The place looks and feels beyond the earth where you can only hear the birds chirping and chirping.

Thirty-two of the thirty-four people buried in Khushbagh were killed. Only Alivardi Khan and Lutfa, the wife of Siraj Ud-Daulah, died naturally, whispering the garden to us.

There is no fixed fee for any guide. The caretaker or gardener usually shows the travelers around and they are happy to get 30 or 50 bucks for their efforts.

The history of Khushbagh has not painted any pink picture. After Alivardi’s death, his son-in-law Siraj became Nawab. In 1757 he lost the battle of Plassey to the British mainly due to the betrayal of his commander Mir Jafar.

Siraj, his family members, and loyal friends were all killed and all were buried here in Khushbagh.

The guide took us to all the graves, including Mir Madan, Amina (Siraj’s mother), and Ghoseti Begum (Siraj’s treacherous aunt, one of the main characters in the genocide).

In the middle of the garden, Alivardi Khan’s tomb is under a beautifully carved structure in black stone. This is the largest tomb in Khushbagh. Other graves are covered with cement and white stone.

Only one tomb has an epitaph inscribed in Persian, and only this was covered in fresh rose petals.

It is the tomb of Nawab Siraj-ud-Daulah, the last independent Nawab of Bengal, Bihar, and Orissa. After his death, the darkness of the British colony began.

He is killed so earlier because he was only 24.

Behind him is his brother’s grave and at his feet are two graves, one named after his wife Lutfa, and the other after his lover, whom he named Aleya.

There is a beautiful ancient mosque in the garden where Nawab Alivardi used to offer prayers.

There is a small house near the main entrance where Lutfa was allowed to live and pray in her husband’s grave until her husband died.

Miron, the son of Mir Zafar, one of the main characters behind Siraj’s assassination, made this arrangement.

Within a circle of the walls of Jafarganj, about half a mile from the Hazarduari palace, the ruined palace of Mir Jafar reached Jafarganj.

It contains the tombs of Nawab Nazim from Mir Zafar Ali Khan to Humayun Jah. The remains of the last Nawab of Bengal, Nazim, were temporarily deposited in an arch belonging to Siud Mansur Ali Khan and later removed to Karbala (cemetery) in Arabia under his Testament.

Each Mohammedan corpse lies down in the tomb on the right with the head on the north and the face on the west.

This cemetery was built by Mir Zafar on 3.51 acres of land. Now this place is under the control of the Archeological Society of India.

The entry fee for this cemetery is RS 3 only.