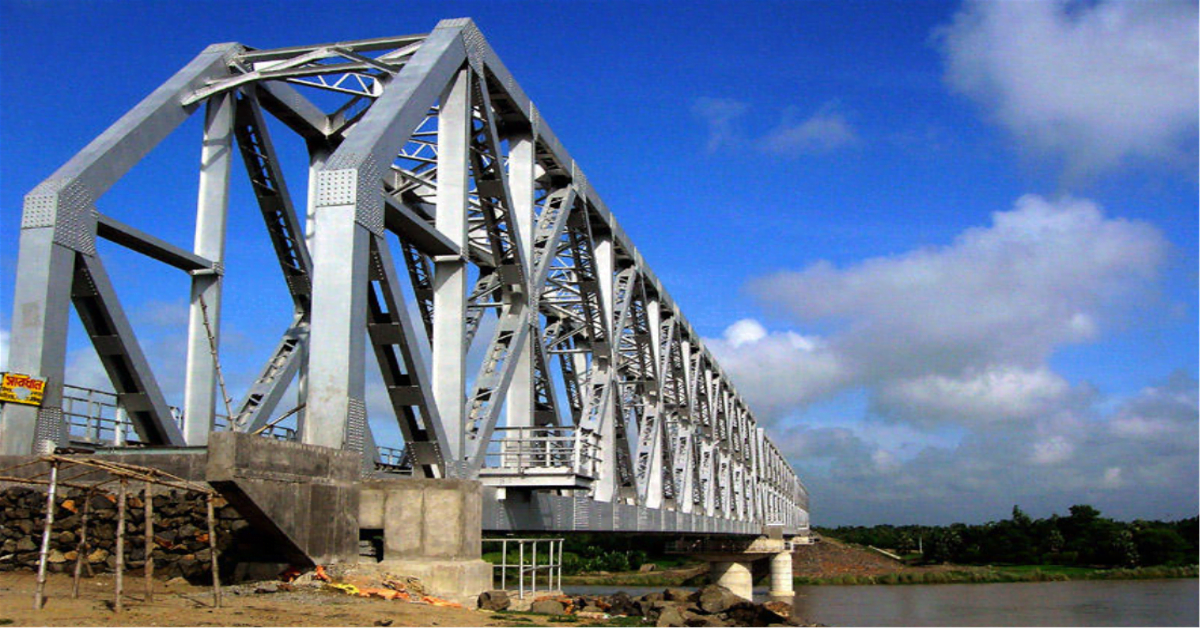 As you know (If you don’t know, I will try my best to share with you) for the land problem, the connection of the train has not been completed yet.

This bridge will connect Nashipur and Azimganj. After completing train connection work, this bridge will very helpful for shortcut travel. Especially Nadia district and Murshidabad.

This bridge will connect North Bengal and South Bengal. So you can easily reach Maldha station with the help of the Nashipur railway bridge.

This bridge is 785 meters long and exists from British rule but in World War II the bridge was demolished.

Since 1872 this train route is running but for now, as you know this is stopped for land acquisition problems.

Azimganj line is the NG branch and the length is Azimganj to Baharampur. Well-known Lalgola Krishnanagar NG line and Azimganj Nalhati BG line are connected. Sadly this train route is closed.

Nashipur Railway Bridge over the Bhagirathi River will reduce travel time between South Bengal and North Bengal. According to railway officials, Sealdah and New Jalpaiguri is a long route but when all problem will solve by the railway company this route distance will reduce by 21 km.

Trains like Teesta – Torsha Express (Sealdah to Jalpaiguri) and Radhikapur Express (from Kolkata station to North Dinajpur) will benefit as soon as the route starts.

Nashipur Railway Bridge is designed to tolerate 160 km / h running speed and this is good to hear that.

The problem with the Nashipur Railway Bridge

The problem is everywhere and Nashipur Railway Bridge is not out of that. Almost all work is done (93%) but land acquisition problems have stopped the train. This is so silly.

Due to ongoing land acquisition problems for this track Rs. Rs 70 crore has been abandoned for this project of Indian Railways.

The plots that need to be acquired in the metropolitan area of the Jamiganj-Ziaganj block between the Azimganj railway junction and the right bank of the Bhagirathi are.

The Murshidabad District Railway Passengers’ Association has been carrying out the Railway Rocco Movement since 1994 with this long-standing demand.

The land problem is already solved and the land is already submitted to start the railway work that is still needed to finish. You can see this agreement on Anandabazar Patrika that is released on 9 October 2015.

24 ghanta news organizations tell in their newspaper that this issue will be solved in 2017. Because on March 16, 2017, incomplete work is started but didn’t see any results yet.

Darjeeling Mail which is connected with Eastern Railway is planning to run over Nashipur Railway Bridge. For this, they have written a copy to divert this route before the year ends because they are planning to run the train in 2017.

According to the Railway Board, they are analyzing the proposal but have not yet made a decision. The proposal that had been sent is still under decision because they are confused to do that.

This bridge is high and for that, you have peaceful wind. But if you enter there before afternoon you will get high voltage heat from the sun.

I will highly recommend you to go there in the afternoon. Sometimes we have full of stress and at that time you can go there.

If you are in Love (not one-sided), this place is especially for you. After going there, you can see many love birds and they are sharing their love with the peaceful wind.

Suppose you are from Kolkata and you are willing to get that kind of weather, you don’t need to go there because you have already Kolkata.

In the afternoon, you will find some kind of street food if you want to eat. You can take beautiful nature photos (This place is so beautiful).